The split of FedEx and Amazon. What does it mean for you? - Los Angeles Digital Marketing Agency

The split of FedEx and Amazon. What does it mean for you? 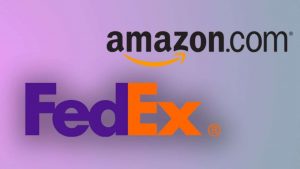 After months of speculation, it’s finally been confirmed that FedEx has not renewed its ground-delivery service with Amazon. This news doesn’t come as a shock to many as a couple of months ago FedEx said it would not renew its contract for Express air delivery. The non-renewal of the FedEx-Amazon contract may seem to frighten Amazon customers but not to worry, this break doesn’t have such dire implications as one may think.

In a recent financial statement, FedEx revealed that Amazon only accounted for less than 1.3% of its total revenue last year, meaning this separation isn’t going to break FedEx’s bank. 80% of Amazon’s contract with FedEx was based on air delivery but since FedEx already cancelled that section, ground delivery isn’t such a hard loss for either company. The rest of Amazon’s delivery partners, like USPS, UPS, and more, have had no qualms regarding the contract brea, as they are more than happy to take on the additional orders.

But, what does this mean for the consumer? Not much. Consumer’s products will still be delivered without any interruption to estimated delivery time. Amazon’s a demanding customer, and their partners are more than willing to fill the need when asked. However, Amazon’s business model is morphing into more than just product to delivery service to consumer. Amazon is working on squeezing out the middleman by providing their own air and ground delivery services. Meaning Amazon could soon become the biggest one-stop-shop for online purchases.

0Shares
Previous PostIs Instagram’s “like ban” going to be the death of social proof?Next PostSEOblog.com Names Tack Media Among Best SEO Companies in Los Angeles in 2019